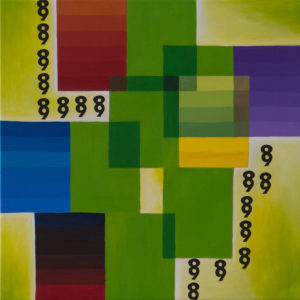 Sounds Like Her is a touring exhibition curated by Christine Eyene and produced by New Art Exchange. It brings together six artists to explore what sound can mean in different contexts.

The exhibition includes the latest version of Sonia Boyce’s Devotional Series, an ongoing piece that documents the input of influential black women in the music industry.

Christine Sun Kim has been deaf since birth. Her contribution to Sounds Like Her investigates how sound can be experienced when you are unable to hear – primarily through sight and touch. 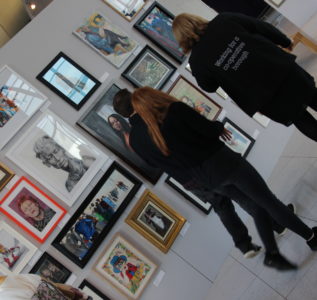 This show is held every two years to showcase work by artists living, working or studying in the borough of Oldham. From drawing, painting and photography to ceramics, jewellery and sculpture, the exhibition features a wide range of artists with a huge array of styles.

The exhibition is always incredibly varied – from people who may have recently retired and joined their first art class, to the professional artists who are based in our borough. As ever, there will definitely be something for everyone. 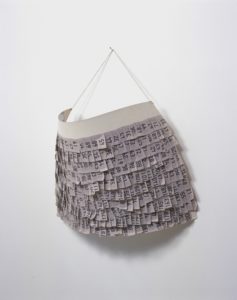 See paper in a new light. From collage to sculpture, corrugated card to blotting paper, this Arts Council Collection Touring Exhibition features a huge range of approaches. The show features works on paper which have been burnt, torn and cut by artists such as Roger Ackling, Cornelia Parker, Tim Davies and Simon Periton. Artists have also long used paper to construct three dimensional objects, such as Lesley Foxcroft’s two tone corrugated bricks.

From Waterloo to Peterloo 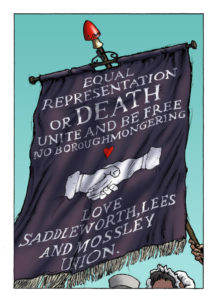 In 1819 a peaceful political meeting in Manchester ended in violence, confusion and death. This notorious event quickly became known as the Peterloo Massacre and today is recognised as an important step in the development of democracy in Britain.

Thousands of people walked from Oldham and the surrounding areas to attend the meeting. Dozens were injured and several were killed. Oldham became the scene of a notorious inquest into the death of one local man, John Lees. This exhibition explores what life was like in 1819 using the collections of Gallery Oldham, Oldham Archives and Local Studies Library and a selection of images from the new graphic novel about Peterloo. Who were the Oldhamers at Peterloo and what ideas were they fighting for? 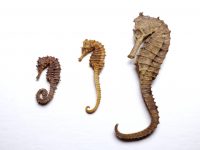 A family can be made of any number of individuals and consist of many different relationships. The common link is the shared experiences of people or animals who live together as a unit. This exhibition

looks at families in its widest sense using our extensive collections of social history, natural history, art and archives.

The big big camera has long been in the collections of Gallery Oldham. 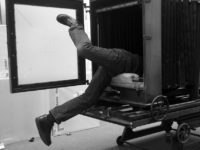 Photographer Ian Beesley has been working to repurpose this industrial relic. This exhibition of new photographs also features poems by Ian McMillan and charts the journey to reuse the camera and take it out on the road.

This exhibition of large scale photographs that will make you think again about the whole process of taking a picture.

The German photographer Karl Blossfeldt (1865 – 1932) was celebrated by the Surrealists and early modernists for his pioneering close-up images of plants and flora. Trained as a sculptor he was also an 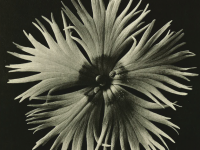 amateur botanist, fascinated by the underlying structures of nature.

This Hayward Touring exhibition consists of 40 photogravures from an original German portfolio, ‘Wundergarten der Natur’ 1932, edited by Blossfeldt and published in the year of his death. This exhibition also featured a selection of larger than life plant models from Gallery Oldham’s natural history collection.

The Current Situation by Yara El-Sherbini

Yara El-Sherbini creates contemporary art which is accessible, playful and can be enjoyed by all. Over the last 10 years her artworks have used recognisable formats, such as quizzes, game shows and jokes. 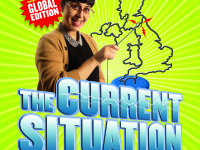 The Current Situation by Yara El-Sherbini is a touring exhibition produced by New Art Exchange, Nottingham.